Due to open in 2020, the building is, however, far more than just another new face in the line-up of high-rise towers that punctuate the city’s horizon. ICD Brookfield Place has arrived to elevate market standards in Dubai, and to go beyond being an item of vertical grandeur. After all, icons aren’t functional, and the joint venture between Investment Corporation of Dubai and Brookfield Properties brings to the UAE a mixed-use building that will be unrivalled from an architectural, design, function and social perspective.

We spoke with Grant Brooker, Director and Head of Studio at Foster + Partners and the visionary behind ICD Brookfield Place, to delve into the design ideology and why the building is an important step forward for the market.

“Our aim was to create a world-class workplace within an urban setting that celebrates its location and makes a positive change to the area around it.”

On the building and its unique design

“Our aim was to create a world-class workplace within an urban setting that celebrates its location and makes a positive change to the area around it. The key to the design is the spectacular five-storey summer garden, an extraordinary public space that is the social heart of the complex. Located towards the north of the tower, the summer garden creates a vibrant, all-day open space to host events and form a new social focus for the DIFC.” – Grant Brooker

Indeed, the communal space that the building, and in particular the summer garden, offers its locale is something of a rarity in Dubai. The architectural norm for office and mixed-use buildings in the market is an attempt to be an iconic addition to the skyline, and a perfunctory approach to pedestrian engagement and access. Brooker explains that the design and footprint of ICD Brookfield Place immediately sets it apart in the market from an access and interactivity perspective, while losing no amount of architectural statement in the process:

“The narrow depth of the site led us to establish a diagonal route across it, creating a new direct pedestrian link between Al Mustaqbal Street and the Promenade. This in turn activates the site and forms a natural path that leads to the summer garden, driving the geometry of the office block, breaking the rhythm of the grid and interrupting the curve of Al Mustaqbal Street to announce the new complex and a new entrance to the DIFC.”

The 31-metre-high summer garden, which represents part of the 140,000 square ft of green space in the building, will provide sanctuary and a sense of place for not only tenants and visitors, but the DIFC community more generally. This provision addresses the increasing expectation that a place of work should address the wellness needs of inhabitants and goes beyond that, to create a community focal point for the DIFC area more broadly.

The ground-up inspiration behind the design of ICD Brookfield Place

In a city with no shortage of uniquely topped and brightly lit towers, the building’s design ideology starts from the base of the building: “The aspiration was to create a place that was knitted together with its surroundings, building on the success of the public spaces in the DIFC. The office tower offers a calm and quiet sculptural form and an understated presence that is anchored by a vibrant public space at its base” said Brooker. At night, the beauty of the building becomes even more apparent, with lighting that accents not only its impressive 283 metre summit, but its meeting point with Al Mustaqbal Street.

“The office tower offers a calm and quiet sculptural form and an understated presence that is anchored by a vibrant public space at its base.”

Understated elegance in a congested skyline

The building has a very deliberate differentiator when compared to its neighbours : “By adopting a restrained aesthetic, the building offers a unique presence that is instantly recognizable. Grant Brooker explains, “The focus is deliberately on the base – with its active ground level – and the top of the tower, which is a soaring quadruple-height volume and one of the most extraordinary office spaces in the city.” If the restrained aesthetic does anything for the skyline, it is rather to provide an incredible 360-degree view of it. From the top of ICD Brookfield Place the views over the immediate neighbourhood and beyond to Dubai’s major landmarks offer a sense of drama and elevation, that are uninterrupted by commonplace architectural features: column-free corners contribute to 95% of the occupiable spaces having views to the outside, and the façade maintains an optimum temperature inside, whilst still allowing for an abundance of daylight to pour in.

The significance of the A-frame

If there is any stand-out design aspect of the building, it is its remarkable A-frame made up of five 85 ton nodes. “The four-storey-high A-frame is a structural element that gives the building its stability. It allows us to eliminate an equivalent structure at the top and gives us the opportunity to create a generous marker to the building’s entrance. Situated on the visual axis when looking down Al Mustaqbal Street, it acts as a unique and prominent statement for the building” adds Brooker. The A-frame’s structural support of the 55-storey tower is as impressive as its aesthetic contribution to the street. It as an architectural statement that distinguishes the building and its connection to the street, and provides a sense of theatre to visitors.

“We believe it shows how a building can positively shape its surroundings and create a new vibrant part of the City.”

If one thing is prominent about the design ideology, it is how the design allows for interaction, connection and a sense of place: As Grant Brooker says, “The integration of all the different elements of design to create a high-quality building and a series of public spaces between Al Mustaqbal Street and the Gate Avenue Promenade. We believe it shows how a building can positively shape its surroundings and create a new vibrant part of the City.”

As we progress to a more holistic understanding of what the workplace should comprise, from both a commercial and social perspective, the foundation of that remains design. ICD Brookfield Place represents a significant step forward for the market, showing that no urban mixed-use building should stand alone in its design. A building’s relationship with its locale - made possible through design - is fundamental to its viability and merit as both a place of work, and on a more fundamental level; a place to simply spend time. 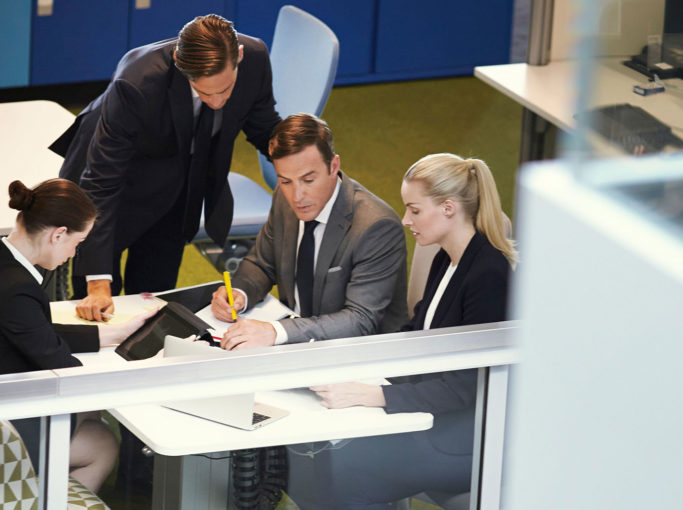 The workplace is changing. Our jobs are evolving. What we do for work is becoming increasingly complex....

The Importance of the Workplace Environment to Health & Wellness

It is no understatement to say that 2020 is a year that has re-defined global expectations and standards of health and wellness, particularly regarding public and shared spaces. ...
LOAD MORE STORIES
‹ › ×
‹ › ×